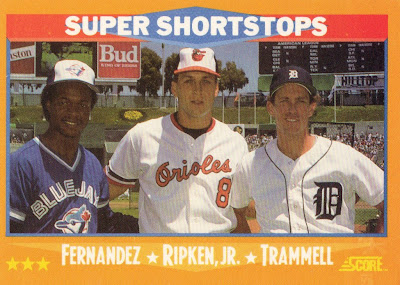 That was fantastic! Next time I am looking for work, I am calling you.

I do not know what is better, your ability to completely destroy any remaining nostalgia I have the baseball cards of my youth, or your amazing yet incomprehensible scoring/grading system.

I love you blog.

Don't be hating on the Panthers.

That card of the three shortstops is a terrible card. Bad picture and ugly frame.

This card is a bit of an optical allusion yes but a great card. Love your blog, very entertaining.

Packers and Movers in Delhi

Any modern terrible cards? seem like they spend a lot of effort trying to avoid releasing these hilarious ones since like 2000 or so. Everything is an action shot, everyone looks cool

Amazing article. Your blog helped me to improve myself in many ways thanks for sharing this kind of wonderful informative blogs in live. I have bookmarked more article from this website. Such a nice blog you are providing ! Kindly Visit Us Packers And Movers Chennai